The first Candu nuclear reactor to be used to produce steam and generate electricity was constructed in the early 1960’s at Douglas Point. The success of this project laid the foundation for the nuclear stations that presently produce almost 50% of the power for the Province of Ontario. Virtually all of the roof systems were over forty (40) years old and regulations which govern the storage of nuclear waste require that many of the support buildings would be in use for many more years. The original coal tar pitch roof on the 25,000 sq. ft. service building, as well as the 40,000 sq. ft. flammable storage, welding shop and turbine buildings were leaking and needed to be replaced. The roof on the original reactor was a spray-applied polyurethane system that had been patched on numerous occasions and a permanent repair strategy was required. Roof Condition Reports were produced by NA Engineering Associates Inc. (NAE) for all of the roofs listed above to determine the current condition. On the service building, the original coal tar pitch roof was removed and a new, modified bituminous roof system installed. Specifications and tender documents were prepared for review and approval by Atomic Energy Canada’s Engineering Group. A price was obtained to complete the work and removal of the old roof and installation of the new system was reviewed by NAE. Similar services were provided for the flammable storage, welding shop and turbine buildings. On the reactor building dome, a technical scope of work was prepared for the replacement of the roof and safety rail system for tender. In preparation of these documents, load tests were completed by Pro-Bel Enterprises Ltd. to determine the capacity of the safety systems. Detailed assessments of the existing railing system and access ladder were also completed to determine their condition and recommendations for improvements. To complete the assessments and testing, detailed work plans were prepared to complete the work safety and efficiently. 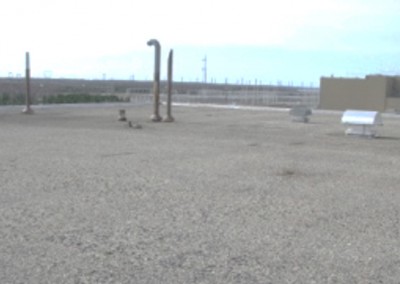 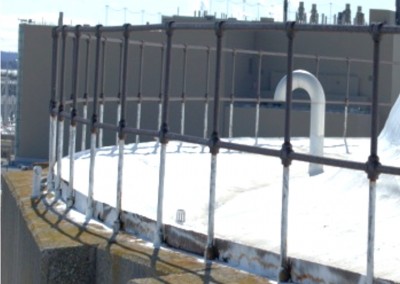 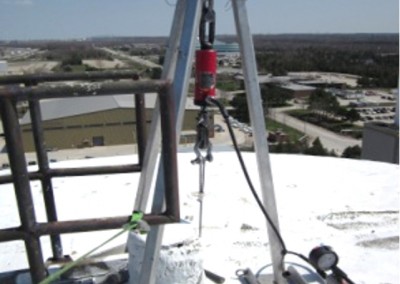 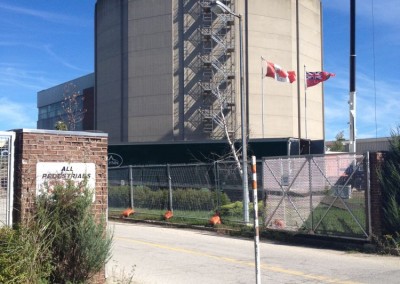 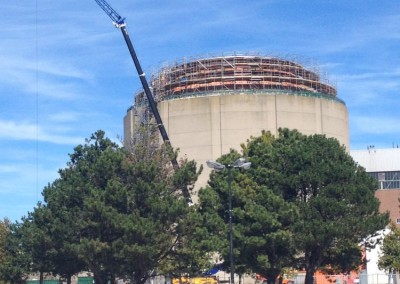 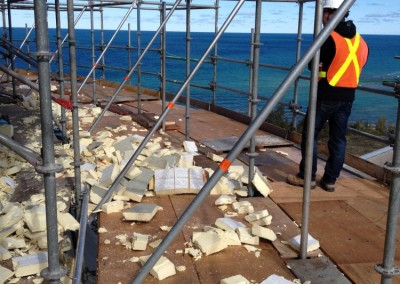