Distributing power in a busy, modern city centre relies on a complex infrastructure that must be maintained and kept in good condition.  NA Engineering Associates Inc. completed a detailed condition survey of the existing, reinforced concrete transformer vaults located below the sidewalk at the north east corner of the property.  The electrical distribution equipment is owned, operated, and maintained by Toronto Hydro.  The transformer vaults contain high voltage transformers and are owned and maintained by the building’s owner, Ontario Power Generation.

The transformer vault structure is original to building which was constructed in 1974/1975 with no changes completed since that time.  To ensure that the vaults are in compliance with current Toronto Hydro requirements, Toronto Hydro specifications and drawings were reviewed.  Toronto Hydro staff was consulted on a number of items.

The vault structure was visually reviewed, existing conditions recorded and deficiencies identified and measured.  The reinforced concrete walls and beams were reviewed to check for delaminations.  Some damage was easily identified because of spalling, was documented.  Various conditions within the vaults were reviewed with Toronto Hydro staff and any required updates or changes were noted.  The requirements for transformer vaults designed and constructed today are quite different than in the 1970’s.

Specifications, drawings, and details were prepared that showed repairs to the existing structure as well as improvements required to meet Toronto Hydro’s current requirements 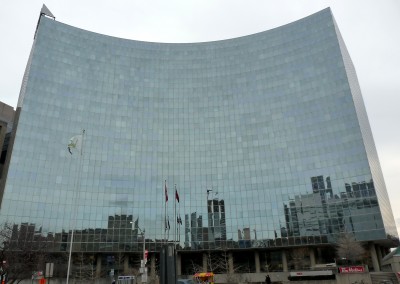 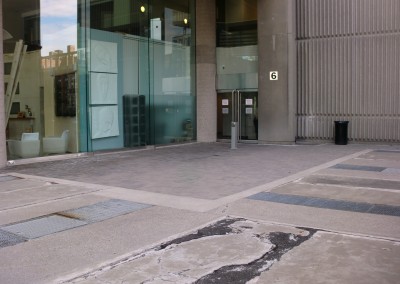 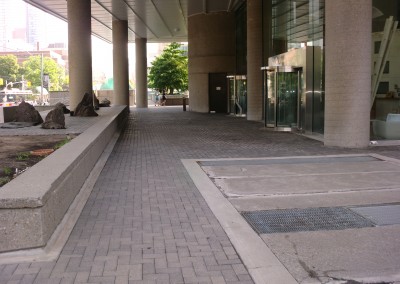